Copyright © The Company of 1415. All rights reserved. 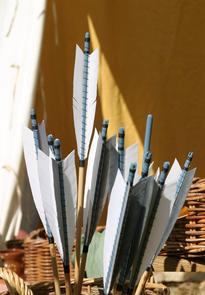 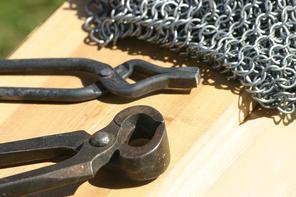 The Company of 1415 was founded in the 1970s by a group of like-minded Medieval Enthusiasts who wanted to share their knowledge and passion for all things to do with Medieval Archery, especially with the role the Medieval Archer played in our famous win at the Battle of Agincourt.

Over the years, The Company of 1415 expanded to also include Men At Arms, fighting with various different weapons and in replica Armour from the era. One of the most popular parts of our display is when the archers 'loose' (not fire) their arrows at a Knight in full Armour - with blunted arrows of course! - to show the devastating effect long bowmen could have on an advancing army.

With the attention the media gave to 'The King in the Car Park', The Company of 1415 decided to expand their knowledge base to include the 'Wars of The Roses' era of Medieval England. Now the group provides a 'Living History' display, with authentic Medieval Cooking, Maile Making, Loom Weaving and various other trades to show the public what it may have been like to be on campaign during the War of The Roses.

For the younger generation, we also have an Armour Tent where the children can actually try on different parts of the Armour that our Men at Arms wear to fight. If the adults are feeling brave they can even try on a full set of Armour and see if they can stand up!

Come and spend the day with us, see the Men At Arms compete in a Tourney on Foote, the Archers practice their longbow skills and what the Kitchen are cooking for lunch!